Only by adjusting the roll gap of the rolling equipment to change the rolling force, it is difficult to obtain the required reduction rate, so it is necessary to use a larger inter-stand tension for rolling. Large tension is the main feature of cold rolling production. The role of metallurgical spare parts tension includes: reducing rolling force and reducing rolling energy consumption; preventing strip deviation; controlling strip shape and strip thickness. Analysis on the Causes of Thickness Difference of Cold Rolled Stainless Steel Strip

3. The impact of speed changes. The speed is mainly affected by the friction factor, deformation resistance, and bearing oil film thickness to change the rolling pressure and reduction.

4. The influence of roll gap changes. When stainless steel strip is rolled, the roll gap of the rolling equipment will be changed due to the thermal expansion of the rolling mill components, the wear of the roll gap and the offset of the roll, which directly affects the actual thickness change. The periodic change of the roll gap caused by the misalignment of the metallurgical spare rolls and bearings will cause high-frequency periodic thickness fluctuations in the case of high-speed rolling.

In addition to the above factors, the fluctuation of the thickness and mechanical properties of the incoming material is also caused by the change of the rolling pressure, which causes the thickness of the stainless steel strip to be changed. 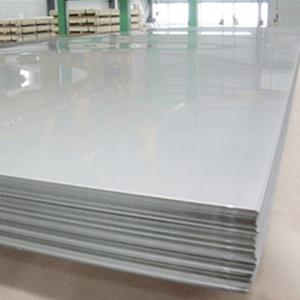 Previous: Why does stainless steel pipe have aging hardening phenomenon