Stainless Steel Screws learned that according to incomplete statistics, since 1985, many stainless steel special steel rolling mills have been newly built abroad, such as the alloy steel wire rod of the Knoop Plant in Germany, which was put into production in 1990, with an annual production capacity of 250,000 tons. It is supplied by Danieli, Italy; another example is the third wire rod plant in Pohang, South Korea, which not only produces stainless steel wire rod, but also includes some carbon steel and alloy steel. The plant was put into operation in 1988, and the production capacity is 540,000 t/a. The equipment is supplied by Morgan in the United States. The company provides. Other alloy steel bar workshops of Shanghai Steel No. 5 Plant also produce a few austenitic stainless steels every year. Generally speaking, compared with foreign countries, the production of stainless steel wire and rod in my country has not yet constituted a design.

In terms of the standards for the rolling of stainless steel screw production material lines and bars, the United States, Britain, Germany, France, Russia, Japan and the world are relatively advanced. Among them, the United States has strict standards. The new standards for hot-rolled stainless steel profiles in relevant regions include: American ASTMA276 "Standard Standards for Stainless Steel and Heat-Resistant Steel Bars and Profiles"; American ASTMA484/A484M "General Requirements for Stainless and Heat-resistant Steel Bars, Billets and Forgings"; German DIN17440 "Stainless steel sheet, hot-rolled strip, wire, drawn wire, steel rod, forging and billet delivery skills"; Japan JlS64304 "stainless steel bar". Compared with developed regions, the interval between the standards itself has been reduced a lot, but the appearance quality, standard public service is poor, and the level of objects is larger.

When stainless steel is rolled, due to its deformation resistance, the temperature change is appropriately active, especially during rough rolling, due to the low rolling speed, the temperature rise caused by the deformation work is not enough to compensate for the temperature drop of the rolling piece itself, which constitutes a large temperature difference between the head and the tail. Product service has adverse effects, and appearance and internal defects will also occur on the rolled parts, which will affect the uniformity of product performance after all. In order to solve the above problems, after rough rolling, the heated billet enters the oil (or gas) holding furnace or induction reheating furnace set between the rough rolling and the intermediate rolling, and then enters the intermediate rolling mill after the temperature is homogenized. Rolling. In order to control the high temperature of the rolling stock during the finishing rolling and pre-finishing rolling process, water cooling equipment (water tank) is generally installed behind the two sets of rolling mills and between the finishing mill stands. Therefore, this can complete the reasonable control of the grain size in order to improve the technical performance of the final product. 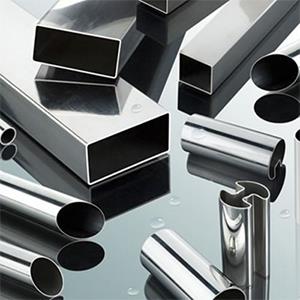 Previous: Briefly describe the advantages of the use of copper tubes